Our Hotel was constructed in the period 1912-1919, according to a design by Wilhelma Lippke, the most well known Sopot architect who worked in the Art Deco style.

In 1937 the building was owned by Wilhelm Ewald.

After the second World War, for many years the building housed i.a. Guesthouse Zatoka.

The Gdansk Polytechnic Institute purchased Guesthouse Zatoka and converted it into a Physiotherapy and Conference Centre.

The buidling underwent an overhaul and modernization.

Today the premises of the former historical building house the modern HOTEL EUREKA***. 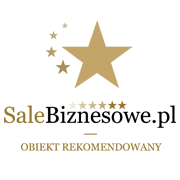